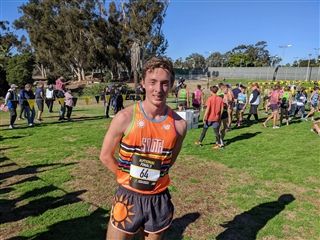 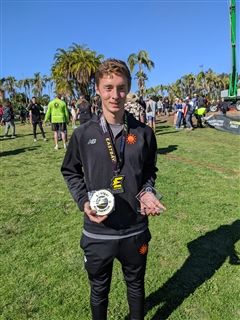 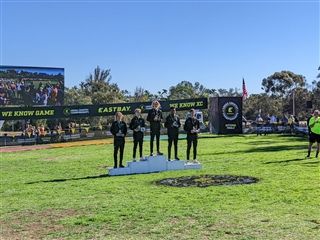 12/10/2021
Emmanuel Sgouros '21 made a surge in the last 200 meters to finish 10th overall and earn All-American honors in the Eastbay National Cross Country Championships held at Balboa Park in San Diego on December 11, 2021. Two weeks ago he qualified for the nationals by finishing 4th with a time of 15:04 at the Eastbay Cross Country South Regional held at McAlpine Park in Charlotte, NC. Sgouros was also one of three runners from Texas in the top six giving the Lone Star State a Team Texas state championship.  Today he was the top runner from the South Region and received 2nd Team All-American accolades by finishing in the top 10 with a time of 15:29.4.

Sgouros finished the fall season ranked 20th in the nation by RunnerSpace.
Back